We talked about Earthling Ed and the amazing work he does in a recent post which explained a bit about him and the projects he has started and still runs today.

One of those projects is Surge, a animal rights organisation which campaigns for a world where compassion towards all non-human animals is the norm.

They run a number of education projects around the UK with the help of their “Big Vegan Activist Van” which educates students and provides resources to millions.

Surge recently launched their second wave of adverts spreading the vegan message to the masses, targeting large towns and cities around the UK.

The first wave targeted central London and had a huge impact reaching news headlines and provoking many people to think about their choices when it comes to the food on their plate, the clothes in their homes and the health or beauty products they use.

they wanted to encourage the British public to really question each and every use of animals in their day to day lives and encourage them to pursue veganism as a positive change.

The first London poster adverts started out with cute animal pictures of cows with their calfs, piglets and puppies designed to get the “Awwwh” response and make people see the connection between the animals, one is considered a pet and the other food but why is this the case?

The second wave of London poster advert which has now been released shows a lot more hard hitting imagery including pigs covered in mud, in a dark room cowering. This is designed to make the public question the contradiction of saying we love animals whilst also paying for animals to be killed to food each and every day and are featured in some of the busiest stations in London including Oxford circus.

This image is not too graphic however immediately is stronger than the previous ones used in the first wave.

If you want to get involved and support Surge then please head down to Unity Diner where all profits from the restaurant will go into funding these London poster adverts and keeping surge travelling around the UK spreading the message. 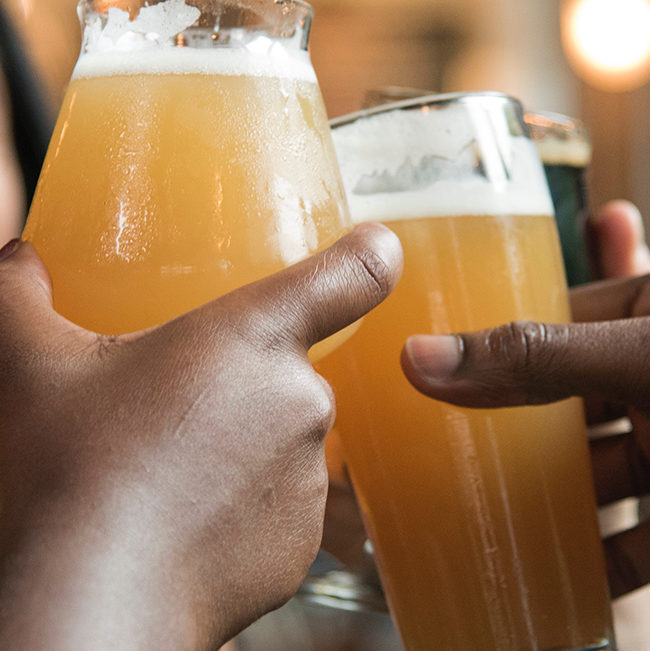